Explore Something New Every Day

Tucson, Arizona…home to Saguaro National Park, University of Arizona, and SO much incredible food. Which is why, in 2018, Tucson became the second US city to be recognized as a UNESCO City of Gastronomy. I had no idea Tucson laid claim to this incredible title until my most recent visit in March of 2021 – but I’ve always loved the interesting and delicious cuisine of Tucson. So I decided to go on a Tucson food tour to get a real taste of just how delicious Tucson Arizona is.

What is a UNESCO City of Gastronomy?

Before we sink our teeth into this Tucson food tour, I think it’s important we all understand what exactly a UNESCO recognized City of Gastronomy is. UNESCO – the United Nations Scientific, Education, and Cultural Organization – recognized the first City of Gastronomy in 2005. There are several criteria which a city must meet for UNESCO to recognize it as a City of Gastronomy, including but not limited to: well-developed gastronomy which is characteristic of the region, numerous traditional restaurants, use of local sustainable ingredients, respect for the environment, and traditions of hosting food festivals and awards.  Tucson is only the second city in the entire United States which UNESCO has awarded this honor to – the first being Austin, Texas.

Our first stop on this Tucson Food Tour was Nook – a restaurant I wanted to go to since the first time I was in Tucson two years prior. Nook is a modern Mom and Pop restaurant, opened by a Tucson native couple in 2015. It truly captures the vibe of Tucson as a whole, and has a lovely outdoor patio area in addition to the absolutely scrumptious food! The breakfast tamale pie was absolutely delicious! This will definitely be my first stop for brunch when I go back to Tucson!

Elliott’s on Congress is a restaurant I’d passed by while in Tucson but never taken the time to check out. I was so glad it was included on the Taste of Tucson Food Tour though because it was absolutely incredible! Here we tried some scrumptious duck sliders. Yes, you read that right, duck sliders. Pulled duck in orange chili sauce, topped with some crispy onions. They were so good that I snatched up the extra one the waitress brought out without hesitation. I cannot wait to return to Elliot’s and try their duck tacos or BBQ duck sandwich! And while duck is their signature dish, they’ve got plenty more to offer on their menu: from sandwiches and burgers to fish and chips and “penne alla vodka”. I really wish I’d gotten to sample desserts like chocolate covered bacon, banana tots, or their award winning cheesecakes. But I did get to sample some of their incredible specialty house infused flavored vodka. They have a whopping 24 flavors of vodka that you can try in some incredible cocktails; like the jalapeño vodka-rita I had.

Charro Steak and Del Rey was by far the fanciest stop on the Taste of Tucson Food Tour. The original El Charro Cafe is Tucson’s oldest Mexican restaurant, having been founded in 1922. Charro Steak is the newest addition to the Charro family, but is still absolutely incredible. Charro Steak not only has incredible food, but is one of 25 UNESCO Certified Restaurants of Gastronomy in Tucson. They also use locally sourced products, grass-fed beef, and cage-free poultry. Charro Steak is also a certified Monterey Bay Seafood Watch restaurant, which means they also only use sustainably caught fish.

With all that being said, Charro Steak and Del Rey’s menu is nothing short of incredible. On the food tour we tried (from left to right): the Cast Iron Mushroom, Chili con Queso Mini Chimis, and the Prickly Pear Glazed Albondingas. I’ll be honest, I probably couldn’t have thought to try some of these on my own but they were so scrumptious!  Especially the Albondingas – meatballs made from 100% Arizona grass-fed beef – they were the best meat balls I’ve ever had in my life!

We finished up our Taste of Tucson food tour with a sweet treat at the Screamery on Tucson! This is actually a small chain but this one on the Tucson food tour was the first one I’ve been to! With 24 flavors, there’s something for everyone.  They even offer flights of ice cream so you can sample six different flavors. I’m excited to go back and try their ice cream nachos! They also have something called the “Farmhouse”…8 scoops of ice cream on top of a warm cookie, brownie, and buttercake. Their menu specifies it’s meant to be shared but I think my husband will take that as a challenge…

The ice cream here was SO good that I forgot to even take a picture before I devoured it! But I did snap a picture of how the Screamery makes their home-made ice cream! You should definitely keep this spot in mind if you need a break from the heat during a blazing Tucson summer day!

While the Screamery was technically the last stop on my Tucson Food Tour, I’d be remiss if I didn’t mention this gem in downtown Tucson. This market has a lovely courtyard in the center, and is filled with some truly incredible local shops and eateries. La Estrella Bakery has delicious and beautiful Mexican pastries that are baked fresh every day. Seis Kitchen is a restaurant that always has a line wrapped halfway around the market that serves traditional Mexican cuisine from six (seis!) regions of Mexico. Sonoran Sno-Cones is a perfect way to cool off, and La Cabana offers antiques and local art and decor of Spanish, Colonial, and Native American inspiration. Check out the complete list of amazing options at Mercado San Agustin here.

Have you ever visited Tucson? Let me know in the comments what your favorite restaurants are in this incredible Arizonan city! Or let me know which cities you recommend to try a food tour in! I loved the food tour we did in Verona, which you can check out here. As always, thank you for reading!

This site uses Akismet to reduce spam. Learn how your comment data is processed. 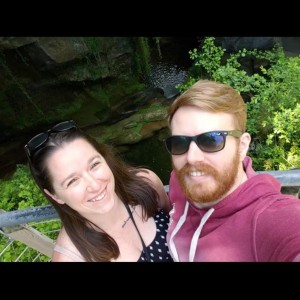 Our Most Read Posts

Best Things to Do in One Weekend in London

Berlin - Things To Do

Help spread the word. You're awesome for doing it!